How a Proof of Concept (PoC) Aids Development

Bringing a new idea to the market can be full of risks. The significant issues may be that the concept doesn’t work in practice, or the target audience doesn’t want it. A Proof of Concept (POC) is a faster and less expensive solution to testing the feasibility of an idea.
16 minutes 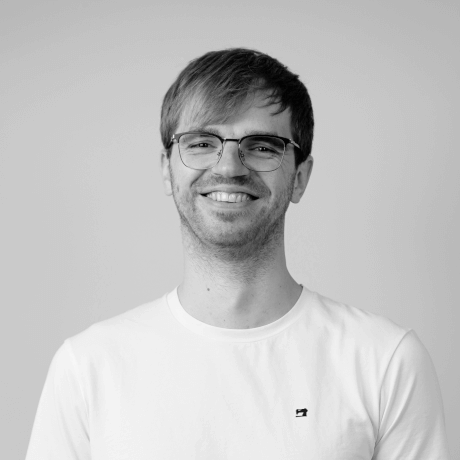 Bringing a new idea to the market can be full of risks. The significant issues may be that the concept doesn’t work in practice, or the target audience doesn’t want it.

Producing a minimum viable product (MVP) will quickly bring an idea to market at a lower cost than a fully-featured product. However, it won’t address these risks until the end of the development of the MVP.

A Proof of Concept (POC) is a faster and less expensive solution to testing the feasibility of an idea, both in terms of technical viability and market acceptance.

Why would Developers Need a Proof of Concept?

Coming up with a brilliant idea for an innovative new application is terrific, but how can you be sure it works?

Unless you’re running your own development business, chances are someone else will be paying for your time.

They will want to know that they won’t waste their money on an application that will never make a profit — the more innovative the idea, the greater the potential risks.

Explaining the concept of your new application to non-programming stakeholders can be difficult. Showing them the idea is feasible with a working demonstration is a much more straightforward proposition. Some examples follow to explain this better.

This approach is subtly different from a feasibility study for a development project that we’ve discussed before.

Examples of a Proof of Concept

Suppose your brilliant idea is to develop a voice-activated app ride-hailing app.

Users tell the app where they want to go, and it gets them a ride as quickly as possible.

The majority of the functionality already exists, so you know that it will work. What you don’t have is any experience in voice recognition.

Nailing down the User Interface

Another example is the user interface for the app may be proving troublesome to nail down. The customer may not be entirely sure what they want. The developers may not be sure the requirements will work.

Scoping the Proof of Concept

New applications may use standard off-the-shelf or reused software at their core. Typically, the innovative features are limited to small functional areas. You only need to prove that these novel parts will work to be confident that the whole application will work.

A POC allows the developer to implement those parts of the application where there is a question mark.

It’s an entirely different approach to prototyping an application or creating an MVP. The purpose is to mock up small parts of the application to test them out. The aim could be:

A POC is the process of testing to see if an application idea will work in the real world. The typical questions that a POC can answer include:

It may answer all these questions, or the scope may look to answer one specific question.

The term Proof of Concept can be prone to misunderstanding by customers, confusing with similarly-sounding terminology.

We have previously discussed the differences between a POC, a Prototype, and an MVP in this article.

Here are a few more examples:

Proof of Concept vs. Pilot

A POC differs from a pilot regarding size and scope.

It focuses on elements of the proposed solution rather than the entire solution. Its purpose is to validate the viability and performance of these elements.

The evaluation results will de-risk the novel concepts, allowing further refinement if necessary. The result will feed into the development of the complete solution.

A pilot, on the other hand, is a dress rehearsal for the complete solution. The scope is greater than a POC but still smaller than a full-scale implementation. A pilot tests not only the system but also the environment.

A POC has a shorter timeframe and lower costs than a pilot implementation due to its limited scope. The pilot will give end users a representative product to evaluate.

Proof of Concept vs. Proof of Stake

For example, proof of stake is a process specific to validating the addition of transactions to blockchains, a mechanism for securing integrity by placing conditions on those performing operations.

There is no equivalence between a POC and proof of stake.

Proof of Concept vs. Proof of Work

As for proof of stake, proof of work is another blockchain-related term that refers to the action of performing computational processing to create a new block for addition to a blockchain.

There is no equivalence between a POC and proof of work.

The key takeaway is that while proofs of concept generally focus on the technological feasibility of an idea, it also validates the business model’s viability.

How to Write a Proof of Concept

While producing a POC is a cost-effective short-duration activity, you’ll still need to follow a process to justify its expense. The following steps provide a template for how to write a proof of concept.

The first step is defining the problem that the POC will solve. Then, what is it trying to prove, and how will it achieve this?

A tight scope and clearly defined end goals will improve the chances of a successful result.

The POC needs a clear purpose derived from the scoping. This could be demonstrating technical feasibility to gain investment or commercial viability to get the development go-ahead.

Once the scope and purpose of the POC are known, a solution can be conceived, planned, and designed. If the problem is complex, break the problem down into several smaller development steps.

Identify the resources required, the technology needed, and the timescales for each step. Where dependencies exist between these steps, include these in the planning process.

The result will be a project plan for producing the POC and a list of prerequisites needed before development.

Steps can be developed sequentially or in parallel, depending on prerequisites, dependencies, and resource availability.

Creating prototype code should use the standard software development processes. In addition, code testing should ensure it is free of significant bugs that would prevent the evaluation of the prototyped functions.

The prototype code can then be evaluated against its goals by appropriate evaluators. An assessment of a POC for demonstrating an idea that will work can be done internally. A POC for a user experience should ideally include feedback from representative users.

The results of the evaluation can be fed back into an iterative prototyping cycle for refinement.

Once the results are available, decision-makers can use the proof of concept study outcomes to approve the go/no-go choice.

POC also offers the ability to build a knowledge base of experience that can inform subsequent POC activities and future application development.

How do I get a Proof of Concept?

The following checklist provides a template guide to the proof of concept steps required.

What comes after Proof of Concept?

The results of the POC will provide stakeholders with the information needed for informed decision-making.

The next stage may be to turn the POC into a complete function prototype.

To help build a functional web application, web development stacks offer a comprehensive collection of tools and technologies as the foundational platform. While there are a number of full-stack frameworks to choose from, the Django, Vue.js, Python framework is increasingly gaining traction for data-driven applications (such as Instagram) that rely on rapid prototyping and analytics. The framework is also considered perfect for single-page applications since Vue handles Javascript, reducing the workload on developers. At Enkonix, we take pride in having helped multiple organizations develop complex web applications or help with expert consulting in their web development journey.

September 28, 2021
What is the Rapid Application Development Process?

Rapid application development has always been a popular choice for delivering prototype code quickly to evaluate application concepts and feasibility and on the fly development of requirements.

Getting the Most from Customer Feedback of your MVP

MVP feedback is essential to improve a minimum viable product and customers are integral to this process. Here, we will consider everything you need to know about getting customer insight to improve your MVP. Getting input from customers helps you to maximize learning.

Time to Market (TTM) – What is it and why does it matter for my business?

Time to market (TTM) refers to the amount of time from the moment of conceiving the idea about a product through to launching the final product or service to customers. The term can also be used for the time for a new marketing campaign to get to market, or for a new process to go live.

How a Proof of Concept (PoC) Aids Development

Bringing a new idea to the market can be full of risks. The significant issues may be that the concept doesn’t work in practice, or the target audience doesn’t want it. A Proof of Concept (POC) is a faster and less expensive solution to testing the feasibility of an idea.

You’re one email away from putting that project to work. Send us a note